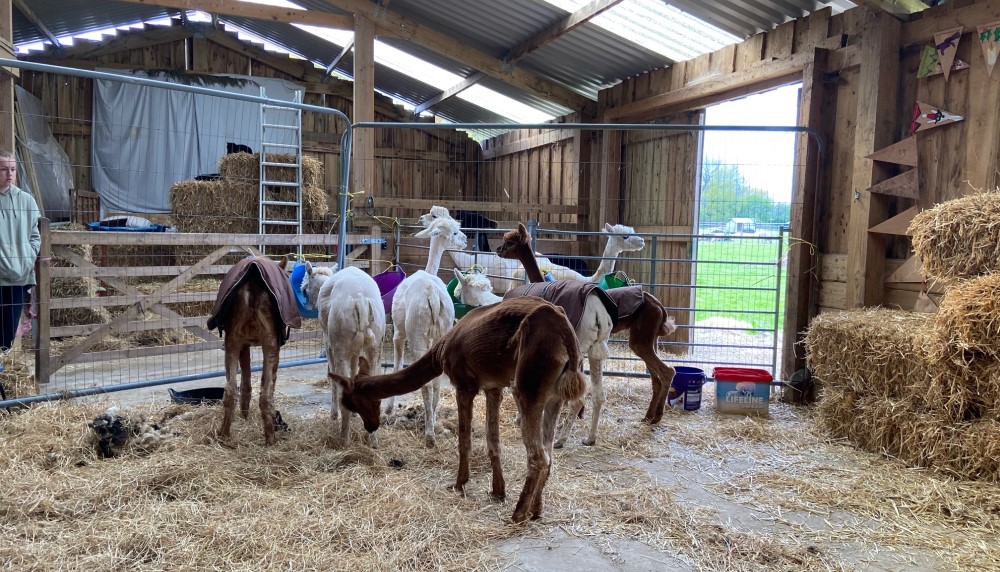 Did I say we blinked, and lambing was done? And just like that, we are into the shearing season. A time when the alpacas look floofy and cuddly and the sheep look bedraggled and mucky, but not for long since the clippers come out and all the floof be gone! The difference in sheep wool and alpaca fleece is remarkable, on and off the animals. They feel, look, and smell different. I’m afraid I can’t comment on the taste as I haven’t pushed my experiment that far.

The major difference is, of course, lanolin. Sheep wool has lanolin and alpaca does not. This is oftentimes what people are allergic to in wool and the reason alpaca wool is rated as highly hypoallergenic. Alpaca is lighter, softer, finer, and warmer whilst sheep is denser and coarser. 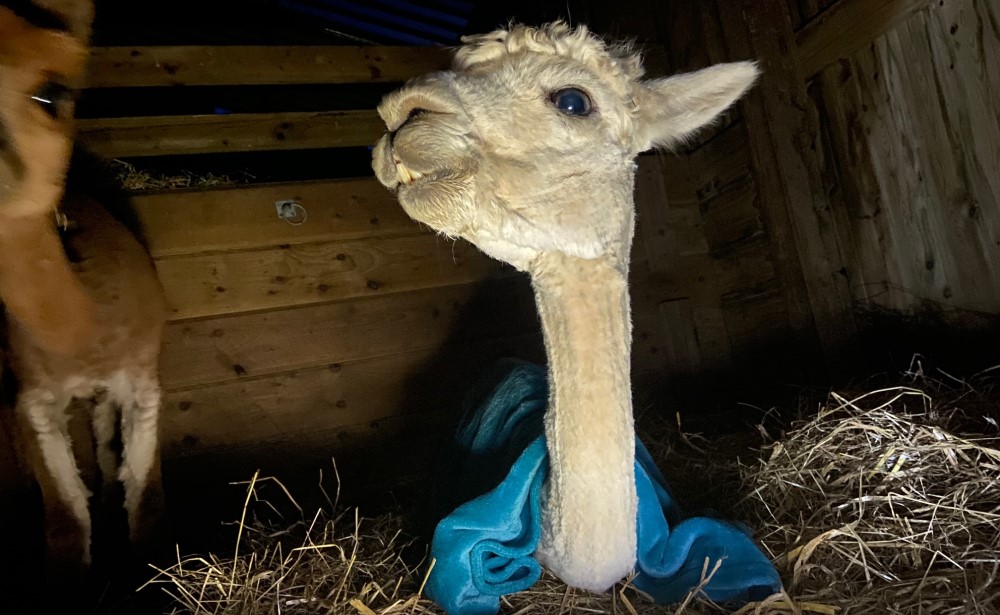 For alpacas, the fleece is helpful in keeping them warm during our winter months but would become intolerably hot during the summer months. For both sheep and alpacas, shearing provides comfort and can reduce health problems, such as flystrike.

Shearing is an important aspect of animal care, for those animals who do not self-shed. It is a crucial aspect of sheep keeping, with most breeds requiring yearly shearing, and some, like our Valais Blacknose Richard, requiring shearing twice a year. Alpacas are also sheared once a year, usually a bit earlier than sheep as they don’t tolerate the spring warmth so well with a full fleece on whilst the sheep require the spring warmth to help the lanolin rise from the skin, making the shearing job a lot easier on the clippers and the shearer.

So, the alpacas were sheared in late April, whilst the sheep will be done late May, early June. And just like that, they go from cuddly floof clouds to naked, miniature giraffes, minus the spots.

how can we help you?

We use cookies on our website to give you the most relevant experience by remembering your preferences and repeat visits. By clicking “Accept All”, you consent to the use of ALL the cookies. However, you may visit "Cookie Settings" to provide a controlled consent.
Cookie SettingsAccept All
Manage consent

This website uses cookies to improve your experience while you navigate through the website. Out of these, the cookies that are categorized as necessary are stored on your browser as they are essential for the working of basic functionalities of the website. We also use third-party cookies that help us analyze and understand how you use this website. These cookies will be stored in your browser only with your consent. You also have the option to opt-out of these cookies. But opting out of some of these cookies may affect your browsing experience.
Necessary Always Enabled
Necessary cookies are absolutely essential for the website to function properly. These cookies ensure basic functionalities and security features of the website, anonymously.
Functional
Functional cookies help to perform certain functionalities like sharing the content of the website on social media platforms, collect feedbacks, and other third-party features.
Performance
Performance cookies are used to understand and analyze the key performance indexes of the website which helps in delivering a better user experience for the visitors.
Analytics
Analytical cookies are used to understand how visitors interact with the website. These cookies help provide information on metrics the number of visitors, bounce rate, traffic source, etc.
Advertisement
Advertisement cookies are used to provide visitors with relevant ads and marketing campaigns. These cookies track visitors across websites and collect information to provide customized ads.
Others
Other uncategorized cookies are those that are being analyzed and have not been classified into a category as yet.
SAVE & ACCEPT